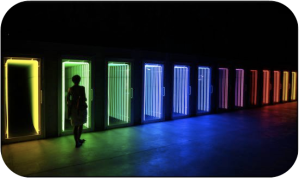 Google’s acquisition of YouTube in October 2006 was supposed to usher in a new era of opportunity for video creation, distribution and monetization that leveraged the power of the internet. Now, three and a half years later, the biggest benefactors of the boom in online video consumption have primarily been YouTube’s founders and investors as profitability still eludes YouTube and revenues are scant in comparison for most others in the online video ecosystem. With webisode creators closing up shop or changing business models, television networks removing or withholding their content from partners and distribution channels, and well-funded online video aggregators Joost and Veoh shuttering their businesses, what role will the internet play in the video content experience going forward?

Add it all together and where do we end up? Most consumers don’t differentiate between what content they are accessing, broadcast network television (ABC, CBS, Fox and NBC) or cable networks (Discovery, ESPN, MTV, etc.), since in today’s digital environment you need a set-top box from a cable, satellite or telecom company to access any television programming. The same will hold true for how consumers access programming tomorrow, be it over dedicated coaxial cables, wireless carrier networks or over the public internet. As such, consumers will have tiered pricing (as either a bundle, how monthly subscriptions are currently provided, or a la carte as Apple is attempting to do) that incorporates how content is being accessed (real-time or on-demand) and from where (television, laptop or mobile phone). Whatever the model, viewers will be able to interact with audiences around the content, creating a more fulfilling experience. Advertisers will benefit from better audience targeting capabilities already being used on the web today across all these viewing outlets with the added value of unified reporting.

While the nirvana of free access to all video content over the internet will probably never be realized (except for one-off cases like YouTube’s wildly successful live streaming of a cricket tournament) the internet will play a major role in improving the online video experience from both a consumption and monetization perspective.