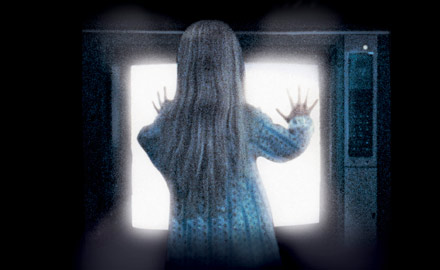 As the online video market has evolved so has the content being made available on the web. Faster internet connection speeds and increased broadband penetration has opened up the ability for us to watch high-quality, full length movies over the internet. Combined with better, cheaper video recording and editing equipment, the type of content being created has also evolved from repurposing of Funniest Home Videos to the creation of original scripted video programming online- more popularly known as webisodes.

In 2007 there were three catalysts that brought attention to web series as a viable business opportunity (1) the popularity of Lonelygirl15 on YouTube (2) the launch of Vuguru by former Disney CEO Michael Eisner and (3) the airing of Quarterlife by NBC on network television. These events showed that industry newbies could gain notoriety and success from creating original video programming online (Lonelygirl15), Hollywood believed in the potential of the medium (Vuguru) and web series could make the lucrative transition to television (Quarterlife).

The result was a number of high-profile production companies receiving funding in 2007/08 to capitalize on the opportunity. The likes of Funny or Die, Katalyst Media and 60Frames were launched in conjunction with Hollywood elites Will Ferrell, Ashton Kutcher and United Talent Agency (respectively) while others such as Agility Studios, DECA and EQAL (creators of Lonelygirl15) were founded by Hollywood outsiders.

Fast forward to the present where some have already started questioning the long-term viability of webisodes, as the likes of ManiaTV (an early entrant in the space) and the aforementioned 60Frames have already shut down this year while other production companies have been sold or changed focus. While the economy is the easy excuse for what is troubling the webisode market, it has only served to expose the deficiencies in the business model faster.

The basic problem has been one of customer acquisition and retention. Actual show content and quality aside, without a sizeable enough audience to target, advertisers won’t spend the time or money sponsoring a web series. Thus, online video producers have two options for acquiring the necessary reach for advertisers:

Direct– spend money to promote a web series’ website to a potential audience. This can quickly get expensive, especially when you factor in that almost 2/3rds of a show’s audience does not return for subsequent episodes. That means additional dollars need to be spent on marketing to acquire a new audience and/or remind current viewers to return for future episodes. Without advertiser dollars to fund this acquisition or a portfolio of shows through which to cross-promote a new web series, additional funding is needed to build a sustainable audience.

Indirect- rely on YouTube and other video aggregators to drive their audiences to the web series content being uploaded onto their websites as well as provide the associated monetization. While this instantly provides a solution for both needs, audience traffic is greatly affected by site design changes and content owners only receive a portion (YouTube’s standard payout is 55%) of the associated ad revenues. Looking at data from the top 100 mid-tail video publishers on YouTube (many of which produce webisodes), on average they earn less than $50,000 per month from the site (assuming YouTube’s standard 55% revenue share and daily video views of 140,000, plus a generous 100% sell-through and $20 CPM on the ad inventory)- not a big enough business for most investors.

While there are plenty of webisodes that use a hybrid approach in combining these options, longer term this approach is inefficient. This is because the indirect channel undermines the goal, and dollars spent marketing, of the direct channel by turning a scarcely available product (with theoretically high economic value) into one that is widely available, thus reducing the economic value of each distribution point where the content is being consumed. Simple supply and demand is why ABC, Fox and NBC only make their videos available on their respective websites and Hulu.

So where does the webisode market go from here? The good news is that the opportunity will only continue to grow as video consumption habits evolve. The potential bad news is that traditional television studios might soak up most of this opportunity as the likes of CBS and NBC have started building out their own original online video presences.

For original web series producers that means they have two options: beat ‘em or join ‘em.

How to beat ‘em. Create a television network- for the online world. One of the main advantages that television studios have over a producer of a single show is the ability to aggregate TV show audiences on their network and spread the cost of customer acquisition and episode marketing

across the entire content portfolio. Break Media is an example of an online property that has been able to successfully build such a network online. The company produces over a half-dozen webisodes that leverage Break Media’s network of male-focused web properties to deliver an audience to their original online video content. Because the company has built its network around a very targeted audience it has been able to differentiate itself, and thus thrive, in a YouTube-dominated market while providing some of the same video content (user-generated, 3rd-party webisodes and movies) experiences.

Another option is to compete on the networks’ terms by delivering webisodes to TV. Services like Boxee and even Hulu are providing web-based interfaces that are meant to be experienced through traditional television sets.  Blip.tv (the preferred video platform for web series producers, providing hosting, advertising, and distribution solutions) is taking this one step further by actually integrating its video platform into set-top boxes to allow Verizon FiOS users to view web video content through their television sets.

A truly audacious opportunity for Blip.tv, with its producer relationships, is to take the television delivery concept one step further and actually become a traditional cable television network. This would provide Blip.tv’s customers with direct access to the largest potential video audience out there and open up a new revenue stream in the process. This could be a lucrative opportunity while we wait for broader video consumption habits to evolve from today’s television network-centric experience to that of video on-demand over cable and internet.

How to join ‘em. EQAL has taken this approach by leveraging their online experience and success in developing original web series to help traditional television programs extend their TV show presences online. This makes sense, especially as it relates to primetime shows that do not produce year-round programming. Keeping fans engaged during the offseason, like NBC is doing with The Office, is more easily, and less expensively, done via webisodes. In the process of refocusing its business in this manner, EQAL retains its ability to work with multiple television networks while still retaining its ability to create its own webisodes.

Alternately, some networks like SpikeTV have decided to acquire webisodic content instead of creating it themselves and redistributing the videos on their cable channel. Having a show acquired is an all or nothing proposition for webisode producers, as the content needs to match with a network’s programming requirements. With only so many slots to fill in a daily TV schedule there will be many more losers than winners here.

7 thoughts on “What’s the Next Act for Webisodes?”