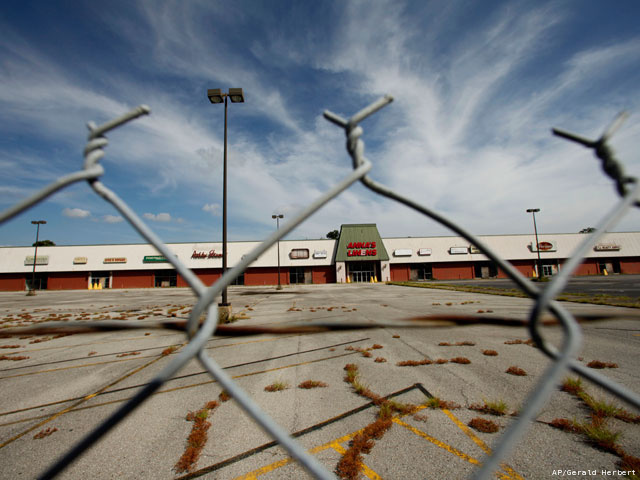 At last month’s TechCrunch Disrupt the best interview of the multi-day conference was that of Chi-Hua Chien, partner at venture capital firm Kleiner Perkins Caulfield and Byers (if you haven’t seen it yet, I urge you to put aside twenty minutes to watch it here– it’s that good). In the interview Chi-Hua discussed Kleiner’s investment thesis in the context of technology’s ability to democratize industries. Previously technology had been leveraged to disrupt information (through the internet and search), distribution (through social media) and computing (through PCs and mobile devices). Now he says we’re in an era where commerce is being democratized. Through the “unwinding of that aggregation of commerce” companies such as Home Depot, Safeway and Walmart, which have succeeded historically by aggregating consumer demand through credibility and inventory, now have to compete with new demand aggregators coming from smartphone apps. The effects of this are already being felt by the retail electronics industry as Best Buy recently announced it was in the process of shrinking its physical footprint due to a drop in same-store sales which some are attributing to internet retailers benefitting from ’showrooming’. This disruption isn’t just be limited to physical commerce though, as retail financial services are also undergoing their own transformation thanks to more activities (such as depositing checks) being performed via mobile devices, which is reducing the number of transactions taking place inside bank branches across the U.S.

As a result retail real estate is becoming less important as a marketing and demand generation vehicle. So what will become of big box stores and strip malls?

Chi-Hua, during his interview, and start-up founder/angel investor Chris Dixon on his blog recently,  both alluded to the answer- companies that can create differentiated and superior customer experiences and not just compete on price will be the ones that succeed in this new retail environment. Starbucks was the first modern-day brand to successfully build a business around creating an experience for mainstream consumers (even resulting in a book being written about The Starbucks Experience). Then there’s Apple, the best example of how to build a successful retail presence. In the 11 years since the first Apple Store was launched, the company has opened up over 360 retail outlets worldwide and has become the most profitable retailer in America in the process while competing with electronic retailers such as Best Buy.

New opportunities to disrupt commerce will open up as a result of this excess capacity in real estate and Amazon might just be one of the biggest benefactors of this. As the company continues to grow its Amazon Prime subscriber base and potentially extend its Kindle line of devices this will increase Amazon’s need to grow beyond its current 34 warehouses in an effort to get the most popular inventory closer to its customers for faster delivery (for Prime subscribers), in-location pick-up (for consumer convenience) and product testing (for newly launched Kindle devices). An even more likely scenario will be an increase in temporary retail store experiences (also known as ‘pop-up shops’) where brands can leverage physical presences for short periods of time in order to support the launch or promote new products or services, which Samsung is looking to do in order to better compete with Apple for example.

The most exciting opportunity that could further transformation the physical retail experience is the democratization of manufacturing through technology. This next wave of disruption will come courtesy of 3D printing, which aims to digitize manufacturing and enable individual production quantities of many objects at massive scale. Currently 3D printers from the likes of MakerBot and Shapeways are used primarily used by hobbyists to create single-compound objects (usually plastic or metal). From this you can imagine a point in time in the future where more complex objects (made of multiple compounds, colors, etc.) are offered by developers through specialized retail store-fronts where consumers can submit orders for pre-fabricated products or design their own specifications to be printed out and picked-up. Each 3D retailer could specialize by type of product (ie plastic toys such as action figures or Legos) or production capabilities (ie motors for remote control vehicles) depending on their capabilities and demand.

The beauty in all this is that there will always be a need for retail real estate and technology will play a part in its evolution.