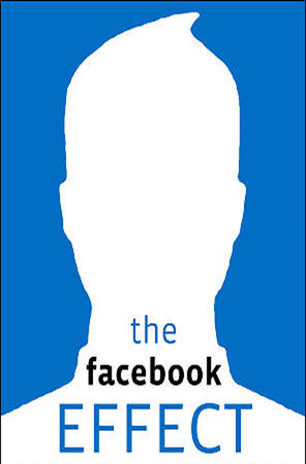 Regardless of whether or not you believe in the long-term viability of Demand Media’s content creation platform (more widely referred to as a “low-cost content farm”), one thing is certain: there is a healthy demand for consumer internet stocks. Having priced its offering above the expected range of $14 to $16 per share last week, Demand Media (trading under the ticker symbol DMD on the New York Stock Exchange) ended up 33% on its first day of trading, valuing the company at $1.5 billion- the highest market capitalization for an internet company since Google’s IPO in 2004. Neither the company’s questionable account practices around how it amortizes its content costs, nor Google’s announcement that it would take stronger action against low quality content sites and content farms (which could also include the ability for consumers to blacklist these domains) appearing in search results seemed to dampen investors’ appetite for the stock (according to Demand Media’s S-1 filing, Google made up 28% of the company’s revenues in the first 3 months of 2010).

So why does this matter?

Interest in stock of consumer internet companies needs to exist beyond just Facebook for the overall health of the capital markets. Facebook, which recently confirmed that it had raised $1.5 billion in an oversubscribed round led by Goldman Sachs that included $1 billion from non-U.S. clients, will most likely not file for an IPO until the end of April 2012 when it has to begin disclosing its financials to the public due to the company exceeding the 500 shareholder threshold this year. Investors are left with the decision to either wait for Facebook’s offering or participate in the overall growth of the consumer internet sector by buying into other companies” IPOs. Even if Demand Media is a beneficiary of pent-up demand for Facebook stock, the fact that investors are buying up shares in the open market is a positive sign, especially for the likes of LinkedIn (which filed its registration statement the day after Demand Media went public) and Skype (which has already filed its paperwork and is expected to go public in the 2nd half of this year) which have healthier overall financial profiles than Demand Media.

The phrase “a feature not a product,” which has been attributed to friend and venture capitalist Chris Fralic of First Round Capital as it relates to investing in start-ups, is a concept than can be extended to evaluating potential IPO candidates as well. Over time, the public markets are the most effective way to determine whether an entity is “a product line not a company”. The consumer internet, like other sectors, needs public companies to validate whether or not capital being deployed by venture investors in a particular sector is warranted or not. The validation comes by way of each company’s financial performance and associated market capitalization as well as that of the entire sector- public data points that do not exist in tandem in private companies (even though secondary markets do exists for shares of private company stock, in companies such as Facebook, LinkedIn and Zynga, there is no accompanying financial disclosure requirements as with public companies).

It’s this market validation that keeps venture capitalist investing in start-ups that compete with Google in search for example, even though the company holds an ever-increasing grip on the U.S. search market. AdWords, Google’s  search advertising product, represented the majority of the nearly $20 billion in revenues the company earned from its own websites in 2010.  The validation of search advertising’s market size by Google enables companies such as Blekko to raise $24 million in funding even though their goal of reaching third place in the search business sounds modest, though worth billions of dollars in revenues.

Acquisitions, which are a much more common type of liquidity event for start-ups, don’t provide the same type of market proof because they are completed for a variety of reasons, some of which are not purely economic or accretive to the acquiring company (i.e. acquiring companies for the talent, for access to a particular customer or as a defensive measure against a competitor).

Whether Demand Media deserves to be worth more than the New York Times makes for entertaining debate (especially after it was revealed that the New York Times almost bought into Demand Media over three years ago), but it misses the point. What Demand Media’s public offering is really about is whether or not the theory behind the internet being a more efficient, scalable way to do business is a reality for the content creation business. If Demand Media can prove skeptics wrong and build a sustainable, profitable business as an online media company, it will open up opportunities for other pure-play online media companies such as The Huffington Post to go public and keep venture capitalists investing in the sector.

With Facebook’s revenues on track to exceed $1.5 billion and net income to reach nearly $500 million in 2010 investors are correct to anoint the company the darling of this consumer internet class as Facebook’s financials and growth story far exceeds anyone else’s in the industry (Groupon doesn’t factor into this conversation because it is an e-commerce company). In the process Facebook has also validated the business opportunity around social networking, which LinkedIn will benefit from in its upcoming IPO. For Skype, which provides a different type of social communication utility, their public offering will put one of the most often  used business models existing on the internet today to the test, the “freemium” model, along with trying to fulfill on the business promise of paying for communication over the internet (which Vonage never really was able to accomplish). The success or failure of Skype’s business model of charging consumers for only premium services and giving away the rest for free to users will have a major effect on start-up funding across the entire consumer internet sector going forward.

With the countdown to Facebook’s inevitable IPO having already started, the company  has indirectly provided other private consumer internet companies with a chance to leverage the demand and go public themselves (granted  they meet some of the traditional financial metrics of approximately $100 million in revenues and profitable). This is a short-term opportunity though as companies that are able to complete their IPOs in the months before Facebook goes public or starts disclosing its financials should do so to benefit from the investor appetite for consumer internet stocks but do it far enough in advance to not be drawn into direct comparison to Facebook’s financial success. In addition to the aforementioned companies, several start-ups that have benefited directly from the success of Facebook’s platform over the past several years, namely Buddy Media and Zynga, could benefit further from the Facebook effect by going public in 2011.  The clock is ticking.