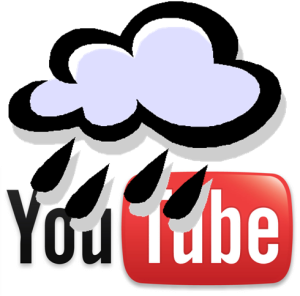 May did not come soon enough for YouTube. Starting the first week of April when Credit Suisse issued a research report estimating that the site would lose $470 million in 2009 and ending on the last day of the month with Hulu, its main competitor, announcing a much anticipated deal with Disney, YouTube spent April taking a beating in the media over its business model and outlook.

Looking past the media feeding frenzy though, there were several data points from March released by comScore during the month that keeps me believing in YouTube’s opportunity and enviable position.

Now you can’t tell me that Twitter, MySpace or even Facebook wouldn’t love to have YouTube’s audience and market position. For Google though, the challenge remains- how to turn this opportunity into more meaningful revenues and a profit.

The company has started addressing the challenge through a series of recent initiatives. The most noteworthy (running Google TV Ads online and Video Ad Sense on unauthorized versions of copyrighted content) attempt to address the gap between the estimated 9% of videos that are currently being monetized by YouTube and the 80% of content that is professionally produced on the site (thanks to Dean Donaldson of Eyeblaster for this data point on slide 36). The other announcements (paid video downloads and ecommerce opportunities related to music, DVDs and games) are geared towards increasing the average revenue generated per user session.

From a deal perspective Google is attempting to improve the overall quality of YouTube’s content catalog, and associated CPM rates, by striking deals for TV shows and movies from Sony, MGM and Lionsgate, and getting clips from Disney’s ABC and ESPN properties. Combined, all of these initiatives can turn YouTube into a break even operation, but they do not unlock the real business potential which is promotion.

YouTube should embrace the promotional nature of its platform (just look at the list of most popular online videos of all time– mostly music videos and movie trailers) and consumption habits of its users (they watch over sixty 3 1/2 minute videos per month) to help content producers and advertisers reach this video “snacking” audience more effectively. Some companies already see the potential and are running their own campaigns for free across YouTube or leveraging companies like 750 Industries and Feed Company to help generate virality for their promotional videos.

Google has tried to address this opportunity by applying the automated AdWords auction model to videos through YouTube Sponsored Videos, which in theory makes sense but has its challenges from a delivery and brand experience perspective. Search works really well for text where there is context for the information you are looking for in determining the best results. This doesn’t hold true for video search which relies on inconsistent metadata tags to determine what the content is and doesn’t take into account whether the content is original, copyrighted or mashed-up. This can lead to inconsistent search results and magnify less relevant content which just won’t work for most advertisers. YouTube’s solution needs to be more dynamic to address advertisers’ concerns around presentation and adjacency.

With the soft-launch of YouTube RealTime, Google has another shot at getting the solution right. Adding social features to the YouTube experience will inevitably drive better user engagement and additional content consumption across users. Combined with Google’s recently announced behavioral targeting capabilities, YouTube could actually push targeted, relevant videos from advertisers as part of its video recommendation features and in the process enable video consumption to grow more virally across its users than is currently available.

For YouTube the key is being able, and open, to using the pieces it has at its disposal in unique combinations to turn this opportunity into revenue reality. This will require Google to think outside of its search black box, which can be difficult as seen with YouTube’s inability to capitalize on the Susan Boyle viral video phenomenon, and provide a more hands-on approach to delivering its solutions. If they can’t bring a media-type solution to media’s video promotion needs, then plan on continued rain in YouTube’s extended forecast.